Producing Positive Community News One Job at a Time

RESOLUTION #2013-11 - BILL #111:  A RESOLUTION OF THE CITY OF McKEESPORT, ALLEGHENY COUNTY, PENNSYLVANIA, AUTHORIZING THE PROPER CITY OFFICERS TO ENTER INTO AN AGREEMENT WITH WG LAND COMPANY, LLC FOR JIMMY LONG BASEBALL FIELD IMPROVEMENTS IN THE AMOUNT OF $41,860.00.

Mayor Cherepko said, WG Land Company, prior to when he was Mayor, had a great relationship with the City for other projects on which they were awarded through bids.  He said they are will to work with the City from what he has been told.  He said they are going to work with WG. Land Company and they want to get as close as they can to the $35,000 that they have allocated through RAD money for capital projects.  He said if they end up going over a couple thousand to make the project complete, he thinks he can find $6,000.  He said it is a mixture of both, but his goal is to stay within the money that was allotted by RAD. 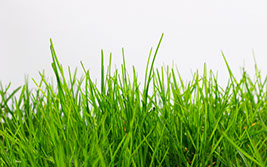